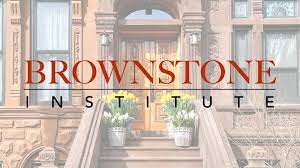 A new think tank is promoting some old, controversial ideas about COVID-19 — and has strong ties to the parties involved in the Great Barrington Declaration.

The Brownstone Institute for Social and Economic Research aims to evaluate the “global crisis” stemming from the policy response to the COVID-19 pandemic. Its stated mission is “constructively to come to terms with what happened, understand why, discover and explain alternative paths, and prevent such events from happening again.”

It currently publishes articles that criticize COVID lockdowns, question vaccine mandates, and describe masking as “an attack on our communal life.”

That may not be surprising given its strong ties to the Great Barrington Declaration, a document published last year that advocated lifting all lockdown restrictions on the young and healthy in a bid for promoting natural immunity.

All three of the scientists who were the lead authors of that declaration are senior scholars or authors at the Brownstone Institute — and other contributors have risen to prominence for raising controversial ideas about the pandemic.

The ‘Spiritual Child’ of Great Barrington

The Great Barrington Declaration touted a strategy called “focused protection,” which encouraged governments to lift lockdown restrictions on young and healthy people while continuing to restrict vulnerable groups. This strategy promoted the spread of COVID-19 in populations where it is less likely to be deadly, encouraging widespread immunity that did not depend on vaccination, the authors argued.

They added that focused protection would mitigate collateral damage of the lockdowns, such as lower childhood vaccination rates, fewer cancer screenings, increased cardiovascular illness, and a worsening mental health crisis.

The Great Barrington Declaration was widely condemned by scientists around the globe, and NIAID Director Anthony Fauci, MD, referred to it as “nonsense” and “very dangerous.” However, the previous White House administration embraced it for a period of time.

The declaration was signed at a summit in Great Barrington, Massachusetts, and hosted by the American Institute of Economic Research (AIER) — although the AIER maintained that there were no financial ties. AIER, a libertarian, free-market think tank, has a long history of denying science on climate change.

The former editorial director of the AIER, Jeffrey Tucker, helped to organize the Great Barrington Declaration, and launched the Brownstone Institute in May 2021.

In a phone interview with MedPage Today, Tucker said that AIER “in no way sponsored or backed Brownstone,” but rather Brownstone really is “the child of [his] own obsession.”

Tucker maintains that AIER had no involvement in the founding of the Brownstone Institute. Many of the organization’s key scholars have been involved with either the AIER or the Great Barrington Declaration.

Martin Kulldorff, PhD, co-author of the Great Barrington Declaration, was recently named senior scientific director of the Brownstone Institute. Kulldorff is a professor of medicine at Harvard Medical School who develops epidemiological and statistical models to detect infectious disease outbreaks.

Most recently, Kulldorff has focused on natural immunity, stating that immunity derived from natural infection is stronger than that derived from vaccination. He cited a recent study from Israel that showed the benefits of immunity from past infection — which is in opposition to findings from a recent CDC report showing that vaccine-induced immunity is more protective.