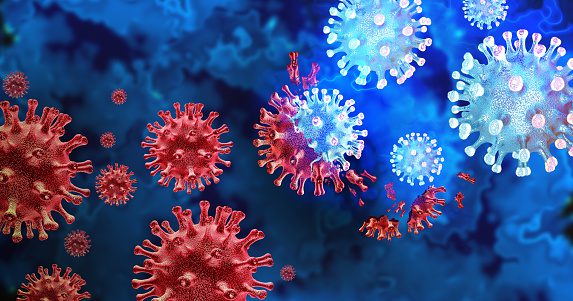 The findings emerged Friday in a peer-reviewed article entitled “Intracellular Reverse Transcription of Pfizer BioNTech COVID-19 mRNA Vaccine BNT162b2 In Vitro in Human Liver Cell Line” in the Current Issues in Molecular Biology Journal, an imprint of MDPI, the largest open-access publisher in the world and the fifth-largest publisher overall in terms of journal paper output.

“Our study shows that BNT162b2 can be reverse transcribed to DNA in liver cell line Huh7, and this may give rise to the concern if BNT162b2-derived DNA may be integrated into the host genome and affect the integrity of genomic DNA, which may potentially mediate genotoxic side effects,” the authors warn.

The study, authored by a team of Swedish researchers at Lund University, concluded that Pfizer’s COVID-19 mRNA vaccine entered the human liver cell line Huh7 in vitro and BNT162b2 mRNA was subsequently transcribed intracellularly into DNA within six hours of exposure.

The Huh7 cell line is a permanent line of liver cells derived from male hepatoma tissue that was surgically removed from a 57-year-old Japanese man in 1982. For the next 40 years, Huh7 and its derivatives were used in thousands of laboratories across the planet as a convenient experimental substitute for primary hepatocytes.

In Vitro Vs. In Vivo Caveats

Researchers who conduct in vitro studies commonly remind that results that emerge from laboratories and test tubes often differ from results which are derived in living, fully intact organisms. And the Huh7, itself, has limitations that could introduce errors or anomalies into laboratory results.

Still, the study conducted by researchers at one of Europe’s oldest and most prestigious research institutions raises serious questions about Pfizer’s mRNA vaccines’ impact on human DNA, which have yet to be subjected to the typical years-long (or decades-long) battery of long-term safety monitoring protocols.

Changes in Gene Expression of LINE-1

The study authors exposed Huh7 cells to Pfizer’s BNT162b2 mRNA and then performed a quantitative polymerase chain reaction on RNA extracted from the cells. The research team discovered high levels of BNT162b2 in Huh7 cells and changes in gene expression of long interspersed nuclear element-1, or LINE-1, which is an endogenous reverse transcriptase.

The authors conclude that BNT162b2 transfects into human liver cell line huh7 in vitro, altering LINE-1 expression and distribution. The authors also find that “BNT162b2 mRNA is reverse transcribed intracellularly into DNA in as fast as six hours upon BNT162b2 exposure.”

A recent study showed that SARS-CoV-2 RNAs can be reverse-transcribed and integrated into the genome of human cells, which the authors said led them to investigate whether spike transfected by mRNA vaccines might have comparable effects.

mRNA vaccines were not designed to invade human cells’ nuclei. In fact, the United States Centers for Disease Control claimed in December that “COVID-19 vaccines do not change or interact with your DNA in any way.”

“The genetic material delivered by mRNA vaccines never enters the nucleus of your cells, which is where your DNA is kept,” the government agency website said. “Viral vector COVID-19 vaccines deliver genetic material to the cell nucleus to allow our cells to build protection against COVID-19. However, the vector virus does not have the machinery needed to integrate its genetic material into our DNA, so it cannot alter our DNA.”

The Nucleus is the “Brain” of Human Cells, Site of DNA Replication

Some biologists refer to the nucleus, metaphorically, as the “brain” of the cell. The nucleus is the most prominent of cells’ organelles and contain genetic information in the form of deoxyribonucleic acid (DNA) and is the site of DNA replication. The nucleus is also the site for the synthesis of ribonucleic acid (RNA) which is the template for synthesis of other cell proteins and for protein factories of the cell called ribosomes.

Transfection of spike protein into the nucleus opens the possibility of DNA modification, the authors wrote.

mRNA Vaccines Effect on “Genomic Integrity” Should Be Studied

“At this stage, we do not know if DNA reverse transcribed from BNT162b2 is integrated into the cell genome,” the authors wrote. “Further studies are needed to demonstrate the effect of BNT162b2 on genomic integrity, including whole genome sequencing of cells exposed to BNT162b2, as well as tissues from human subjects who received BNT162b2 vaccination.”