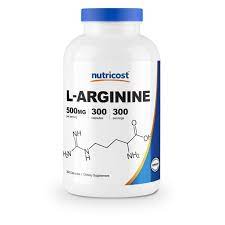 Back in April 2020, after evaluating a number of diverse data sources including bench studies, clinical trials, and epidemiologic investigations pertaining to the effects of nitric oxide (NO) upon coronaviruses, I appealed to the medical literature and research community to investigate the potential utility of arginine (ARG) supplementation in the prevention of severe COVID-19. At that point, the available evidence, while convergent, was fairly limited to the original SARS virus of course — even then though, the clues seemed overwhelmingly positive.

There’s not a lot of money to be made in studying dietary supplements, and my hat is off to the physicians and scientists who conducted the first randomized, double-blinded prospective trial of ARG in hospitalized COVID-19 patients in Italy (with collaboration from the Albert Einstein College of Medicine). Near as I can gather, they received no funding for their efforts, which are groundbreaking and deserving of international recognition and gratitude.

Let’s start with the exciting stuff: the trial showed a statistically significant difference in secondary endpoint comprising hospital length of stay (LOS). Median LOS was 25 days in the ARG group compared to 46 days in the placebo group (P<0.0001). The primary endpoint was designed as reduction of respiratory support, which was also statistically significantly improved among the ARG group at day 10 (with an odds ratio of 6.6, P=0.01), but lost significance at day 20. Having said that, the authors note that this apparent attrition of benefit may actually reveal attrition of illness: a very large number of the ARG group had already healed/been discharged, enriching the proportion of the sickest in that arm.

Now let’s analyze the study a little more. In all fairness, the treatment group showed significantly lower age — 7.5 years lower. Multivariate modeling however still showed tremendous attributable influence of ARG, and furthermore, distribution of comorbidities did not vary. Interestingly, what did vary significantly was initial severity quotient of respiratory support between the two groups. Far more people in the ARG arm started out on non-invasive ventilation and CPAP. In other words, the treatment arm started with more severe respiratory disease. One could argue that the deck was stacked in favor of the ARG group in terms of primary endpoint (more room for improvement!), but there’s no way to nay-say the stunning difference seen in terms of hospital discharge.

The other subtle finding (too small by the numbers to make it into any kind of analysis) was that three patients in the placebo arm died after day 20…compared to zero in the ARG arm.