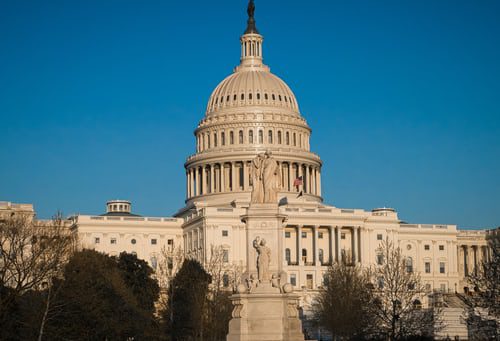 Earlier today, TrialSite suggested the current Biden administration might “double down” on mandates and other measures based on the premise that pandemic eradication can be accomplished through mass vaccination, and now the president uses his formidable executive powers for sweeping federal vaccine requirements impacting up to 100 million Americans. In a hostile tone to the 80 million Americans currently unvaccinated, Biden’s authoritarian learnings emerge with every month that his standing in polls drops. Declaring that this is a pandemic of the unvaccinated, despite the fact that vaccinated individuals are also passing the virus, POTUS introduced a mandate that all employers with over 100 workers must require their workers to be vaccinated or test for the virus weekly. Moreover, about 17 million healthcare workers that receive federal Medicare or Medicaid must now submit to the jabs. Additionally, executive branch employees or contractors will also need to submit to a vaccine, with no option to test out, covering an additional 7 million in the workforce. Biden’s frustrated that nearly 100 million Americans don’t want to subject themselves to the still novel mRNA vaccines, for whatever reason. Thus the Democrat made moves today that probably would have triggered mass resistance had the previous POTUS entertained anything even remotely close to such deep, pervasive control.

In an executive order, POTUS will mandate COVID-19 vaccination of all staff within Medicare and Medicaid-certified facilities in a bid to both protect themselves and patients from SARS-CoV-2 and Delta variants. Now it’s a matter of federal regulatory compliance—get staff vaccinated or fall out of compliance with executive orders.

With the executive edict in motion, the U.S. Health and Human Services Centers for Medicare & Medicaid Services (CMS), in partnership with the Centers for Disease Control and Prevention (CDC), promulgate emergency rules mandating the expansion of vaccinations for nursing home workers—including hospitals, dialysis facilities, ambulatory surgical facilities, home health organizations, and other organizations in the federal ecosystem. If they don’t comply, then they will be cut from Medicare and Medicaid. TrialSite has written that both Medicare and Medicaid cover nearly 120 million people.

The rationale for this seemingly authoritarian move: a rapidly spreading virus is deemed a public health emergency. With the PREP Act already establishing an ongoing emergency since last year, most Washington insiders won’t see the moves today as too far a stretch.

Nursing homes are an exampleTrialSite has covered, reporting that these facilities already face severe shortages in workers. Nonetheless, with a vaccination rate of 75% or lower, the elderly purportedly experience higher rates of SARS-CoV-2 infections that these rules are meant to prevent. So, on the one hand, POTUS’s well-intentioned orders might seek one outcome, but a byproduct of such government direction and control could be even fewer facilities.

Across other facilities, such as hospital staff, CMS now will wield its considerable federal authority to promulgate vaccine requirements in a bid to reduce the risk of infection against the Delta variant.

The moves by POTUS today are controversial. While there is a point of view that could completely concur with the underlying logic—e.g., we are in a nasty ongoing pandemic—other viewpoints might seriously question the moves made by Biden his administration.

TrialSite’s founder Daniel O’Connor stated today, “What is now unfolding represents an unprecedented mobilization of federal power into the deepest, most intimate levels of the society, the economy and communities and while well-intentioned, goes contrary to the ethos and spirit of the American system.”

The founder continued, “There is any number of reasons why vaccine hesitancy exists, from significant legacy racism, manifested in human experimentation on African Americans a few decades ago, to a significant concern about vaccine side effects to religious or other personal reasons. While, undoubtedly, POTUS’ intentions are to overcome this pandemic—and that is understandable—there are so many data points that the public health authorities are not recognizing. For example, the current vaccine that’s been approved doesn’t translate to the product liability American consumers are accustomed to. The PREP Act shields all the economic actors. Moreover, the effectiveness wanes within four to five months. Does this set up forced boosters every six months? The rule of law as we know it in many ways has been superseded by apex executive powers that could produce unanticipated, perverse, and paradoxical outcomes that no one cares for.”

TrialSite has chronicled growing breakthrough infections among the population. Meaning that even vaccinated people are not protected from Delta, and can serve the pathogen as a vector to continue the transmission of the disease.

The British Medical Journal (BMJ) recently reported that significant numbers of hospitalizations and deaths in the UK are now in vaccinated people. In fact, this piece cites Public Health England saying that “More vaccinated people are dying of the delta variant of COVID than unvaccinated people.” According to this recent report, 489 of 742 (65.9%) people who died of the delta variant within 28 days of a positive COVID test between 1 February 2021 and 2 August 2021, had received at least one dose of the vaccine.” The BMJ reported that “54.1% (402 of 742) had received both doses.”

An alarming set of numbers? Absolutely, it is. Yet The BMJ plays it down, declaring, “with an imperfect vaccine and high vaccination coverage, it is exactly what we would expect.” Significantly, Israel now moves rapidly through its third booster, and while Herzog Hospital reported to TrialSite that the jabs are helping protect vulnerable populations, such as the elderly, there is now already talk of a fourth booster. This level of intense vaccination isn’t normal and indicates problems with the underlying vaccine.

Pfizer’s the big winner with the POTUS declaration. With absolutely no liability and already an unprecedented $33 billion projected in the bag, it’s heaven on earth for shareholders. But for people that, for whatever reason, opt not to accept this early-stage vaccine, this could quickly become hell.

But the yin and yang of life are at play here. For every desperate move to beat Mother Nature (or possibly a gain-of-function created version), through a brute force eradication via vaccination of a dangerous and dynamic pathogen, comes unintended and often unexpected consequences, and in this case, they’ll be heavy, perhaps unprecedented, to say the least.