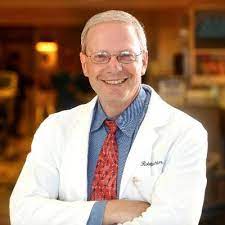 We spoke to Dr. Bob Wachter today, a few days after he went to a gathering of friends from college. And there were about 20 people there.

BOB WACHTER: We tried very hard to do almost everything outside. And then there was a swarm of mosquitoes that descended, and we went inside.

CHANG: Two of those 20 people tested positive for COVID-19 right after that. So far, Dr. Wachter does not believe he and his wife got COVID. Rapid tests were negative two days in a row. They don’t have any symptoms. But for him, it drove home the point that there is a lot of COVID going around right now during this BA.5 surge.

WACHTER: Cases are very high, and the numbers that you see in the newspaper are fake-outs because the cases look like they’re one-fifth or -seventh of what we saw in December or January. But think about the amount of home testing that doesn’t get reported. The cases are probably about the same as they were during the peak of the omicron surge over the winter.

CHANG: Dr. Wachter is chair of the Department of Medicine at the University of California, San Francisco. And I wanted his reaction to NPR’s reporting that the Biden administration may scrap its plans to authorize a second COVID booster to adults under 50 this summer and instead speed up availability of the next generation of boosters this fall. I asked him, does that strategy make sense to you?

WACHTER: Well, part of it does. If there is a better booster on the horizon, and the booster that combines the original and then a component of the booster that targets omicron, and specifically the BA.5 variant, probably is going to be a better booster. So it makes all the sense in the world to get it done, get it approved and get it out there as soon as possible. That’s all fine. What makes less sense to me is saying to, let’s say a 40- or 45-year-old whose first booster was eight or 10 months ago and therefore has a lot of waning immunity, that you should not get another booster now because this better booster might be out in a couple of months.

CHANG: That’s exactly what I’m thinking. I’m 46. It has been seven months since my first booster shot. I’m wondering if I should wait or just get a second booster.

WACHTER: The federal government will weigh in on that decision. To me, for a – I mean, my 32-year-old son called me a couple of weeks ago and said, should I get a booster, a second booster, if I can? And my answer to him was yes. And then he asked, well, I hear there’s a better booster coming out. And I said, first of all, even if it comes out in September, which would be ambitious and impressive, you’re not going to be first in line. You’re going to be last in line. So it will go to older people first. It will go to residents of nursing homes. It will go to doctors and nurses first. You’re probably not going to get your spot in line till November or December. And because the second booster really does restore your protection against severe infection and add some protection against all infections – and there’s a lot of COVID around – we should be getting this better booster out as soon as possible. But I think leaving large numbers of people potentially vulnerable for what’s going to be three, four or five months, I think that feels like an error.

WACHTER: Almost certainly not. There is a theoretical concern about over-boosting, that you’re – there’s something called imprinting where your immune system begins to kind of narrowly target the booster and becomes a little bit less robust in terms of its response. But that’s theoretical. We haven’t seen any evidence that that’s happening here. There’s nothing magic about six months. You know, it may be – you certainly wouldn’t want to get another booster a month later, but I don’t think there’s any risk of that.

CHANG: Can we talk about how truly effective that next-generation booster will be? – because, I mean, you know, these new vaccines that will hopefully come out in the fall, they’re designed to target both the original strain of the virus and the omicron subvariants BA.4 and BA.5. I mean, do we even know yet how well these new vaccines will work?

WACHTER: We don’t. They haven’t been fully tested, and we haven’t seen the results yet. My guess is they will not be magic. My guess is they will have a little bit more efficacy against you getting infected with BA.4 or BA.5. That presumes that BA.4 or BA.5 will be the virus that we’ll be combating three or four months ago, which is not completely known. The virus seems to shapeshift at least that frequently. But assuming that it’s BA.4 or BA.5 or a new version that is still responsive to immunity against BA.4 or BA.5, my guess is it will bump the efficacy a little bit, maybe bump the longevity of how long you’re protected against infection. But I don’t think it’s going be magic. The current booster – the evidence that the current booster and getting a second booster with the current booster is really pretty strong.

CHANG: What can people do now to protect themselves, especially at this moment when the country feels just beyond ready to move past this pandemic, even though the pandemic is not over? What should people be thinking about besides boosters to make sure that they protect themselves and others?

WACHTER: Well, this is going to be a really boring answer because it really is the same as it’s been for a couple of years. So when I get on an airplane in a few days, I know almost with certainty that someone on that plane will have COVID. With the amount of COVID there is – I can’t say whether that’s the person sitting in the next seat, but they might be. So I am going to wear a KN95 for the entire flight, and that’s because I still do not want to get COVID, even with my four vaccine shots. I’m pretty confident I’m not going to die of it, but I still don’t want to get it because I might feel crummy. I might get long COVID. I might increase my risk of having a heart attack a year from now – all things that I really would prefer to avoid.