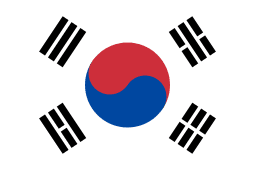 Not only one of the most vaccinated peoples in the world, but the population of South Korea are also one of the most boosted. Yet SARS-CoV-2, the virus behind COVID-19, rages at record levels leading to record deaths. U.S. health authorities have advised Americans not to travel to South Korea due to this deadly surge. Is the Omicron variant evading vaccine-induced antibodies? A fourth booster program commenced last month.

The nation, despite some of the highest vaccination and boosted rates in the world, now experiences its worst surge since the onset of the pandemic. With over 400,000 cases per day based on a seven-day average and record deaths, the nation of 52 million was preparing for a fourth booster by the start of this year—implementing the program in February.

While TrialSite recently reported that Hong Kong experienced record surges due to a confluence of forces including a lack of natural immunity, low vaccination rates among that city’s elderly, and an overstretched health care system, in the case of South Korea, the vaccination rates represent some of the world’s highest, yet natural immunity may be lower here, perhaps introducing clues to the current problem.

According to the Korean government, new cases, hospitalizations, and deaths now equal well above record highs as compared to at any point during the pandemic. The most recent serious trouble started in December of 2021, as the first wave of vaccine immunity waned and Korea started to lift severe COVID-19 restrictions under a new policy called “Living with COVID-19” by November.

By December, the biggest cluster of infections was in the nation’s largest city of Seoul, a teeming city of over 10 million.

TrialSite provides a report on the surge of cases and deaths. According to the South Korean government, the nation has recorded a total of 9.3 million cases and 12,428 deaths. What is disturbing is a large number of cases and deaths now occurring since the first mass inoculation and booster programs were undertaken.

The table below shows the number of new cases as reported by the COVID-19 Data Repository by the Center for Systems Science and Engineering (CSSE) at Johns Hopkins University.

Note, that official Korean data is slightly higher over the last week, as they recorded over 600,000 cases on March 17th alone.

Clearly, despite the highest booster rates in the world using predominantly the Pfizer-BioNTech mRNA vaccine, the Omicron surge appears to overpower the vaccine. TrialSite hasn’t been able to access breakthrough infection, hospitalization, and death data. Studies have demonstrated that the Omicron variant of concern more easily evades vaccine-induced antibodies.

Some of the COVID-19 vaccine critics, such as Belgian virologist and ex-industry vaccine developer Geert Vanden Bossche, suggest that continued mass vaccination will only push the evolutionary capacity of the SARS-Cov-2 spike protein beyond the omicron version. Yet few mainstream virologists, immunologists, and other relevant influential infectious disease experts are willing to entertain this position—it’s just too politically incorrect currently for such a dialogue with government health authorities. This is unfortunate, as good science typically demands a diversity of opinions and points of view as the data unfold.

The world’s health authorities have opted to continue to vaccinate with the booster and after the booster. By February 2022, Korea commenced the fourth dose regimen.

Of course, no studies have been conducted on the impact of four doses of any of the COVID-19 vaccines in humans in less than a 1.5-year duration. Thus, the battle against COVID-19 amounts to a real-world experiment.

By the start of 2022, Pfizer went on the record that it was not only working on improving its existing vaccine formulation (along with BioNTech) but also that the company could “update the current vaccine to address any future variant of potential concern if needed,” reported CBS.

Of course, one could ponder as to why that type of vaccine wouldn’t have been developed from the start. The scientific community understood that coronaviruses are dynamic and mutate from the very start. TrialSite has reported that the current vaccine is developed only to the spike protein of the wildtype variant, one that never circulated in the United States.

But there is most certainly a lot of money to be made by developing one vaccine after another, and that has positively impacted Pfizer’s financial figures.  By February, the American pharmaceutical company was accused of “pandemic profiteering.”

What about the death rate in South Korea, however? Given the heavy vaccination there among the nation’s population one would expect these rates to be contained.

Clearly, the number indicates a deeply troubling trend with new deaths shattering any past records. Yet, different media represent the data quite differently.

For example, on March 19th, ABC reported a record Omicron-driven surge in the Asian nation, quoting the Korea Disease Control and Prevention Agency that 61 deaths were reported on Tuesday, March 15th.

Yet the Korean government recorded 293 deaths. What’s the deal here? TrialSite cannot determine. Is Western media trying to minimize the situation by reporting lower numbers and mostly focusing on the importance of vaccination, suggesting that the high vaccination rate should help the nation’s health system from “buckling?” As has been reported in Hong Kong, vaccination among the elderly, or lack thereof, has led to a deadly situation. Yet why are so many people dying in South Korea?

This kind of death surge isn’t supposed to occur in highly vaccination places, especially those that have been boosted with mRNA-based products from either Pfizer or Moderna.

In South Korea, all residents are eligible for vaccines aged 12 and above, in addition to foreigners. The country set up a vaccine passport valid for 6 months after completion of the primary doses and booster shots. Upon the first inoculation, Koreans don’t have the option to choose vaccine type, but after completion of the first vaccination cycle the booster shot needs to be the same as the previous inoculations—e.g., AstraZeneca, Johnson, and Johnson, or the mRNA shots (Moderna or Pfizer).

Korea’s whole population is currently 86% vaccinated, one of the highest in the world, with about 63% of its population boosted as well. Of countries with 10 million or more people, South Korea is the third most vaccinated in the world and one of the most boosted. By January of 2022, the Korean Herald reported that 93% of the population aged 18 and up had been “fully vaccinated” with either the two-dose AstraZeneca, Pfizer, or Moderna series or single dose of Johnson and Johnson. Among the elderly, 94% have been fully vaccinated and 78% boosted. All the booster doses have been mRNA-based vaccine product from Pfizer or Moderna

The most prominent vaccines used include the Pfizer-BioNTech mRNA-based BNT162b2 and Oxford-AstraZeneca’s vaccine with additional use of both Moderna and Johnson and Johnson. The vaccination program rollout for children in the age range 12 to 17 commenced by mid-October 2021, with 75% of this cohort given at least one dose of the Pfizer vaccine. By the start of 2022, already over half of the children in this age range were fully vaccinated, reported the Korean Herald.

The Korean government declared that for 2022, the nation has secured 90 million doses of COVID-19 vaccine of which 80 million are from Pfizer and Moderna with the rest of SK Bioscience.

The table below highlights the booster schedule: