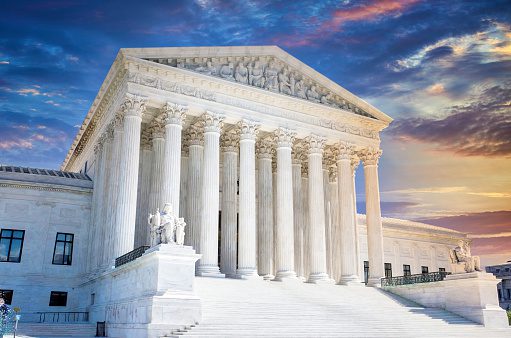 Nearly an hour and a half after it started, the oral arguments in the health care worker mandate case have ended.

Principal Deputy Solicitor General Brian H. Fletcher wrapped the hearing with a brief rebuttal that did not attract any additional questions from the justices.

The Supreme Court spent about three and half hours total on both cases, in what was a marathon session for a court that rarely hosts oral arguments on Friday.

The court appeared ready to reject of one of President Biden’s most aggressive attempts to combat the spread of Covid-19 — a vaccine-or-testing requirement aimed at large businesses.

But in the separate challenge, some justices seemed more open to a vaccine mandate aimed at certain health care workers. The court heard arguments for almost four hours. The three liberal justices on the court expressed clear approval for the government’s rules in both areas.

The cases come as the number of infections is soaring, and 40 million adults in the US are still declining to get vaccinated.

What comes next was only briefly alluded to during Friday’s session. The cases before the Supreme Court are in an emergency posture, meaning that the court is not being asked to do a full review on the merits on each case.

Rather, the justices are being asked to temporarily put on hold lower court orders while the cases proceed in those lower courts.

For the Occupational Safety and Health Administration’s (OSHA) testing-or-vaccine rules, states are asking the court to put on hold an appeals court order that allows the mandate to be implemented, and in the health care worker case, the administration is asking the justices to lift lower court orders freezing the requirement in several states while the lawsuit plays out.

On these types of emergency requests, the Supreme Court is not required to issue full opinions. It could simply issue one-line orders, that could come at any time.

So it’s unclear how quickly we will hear from the court, how much explanation it will give for why it’s doing what it is doing, or even if there will be a heads up that the decision is coming.

A partial ruling could come in record-breaking time given the OSHA mandate for businesses takes effect Monday. The one hint we got was from Justice Samuel Alito, who suggested during the OSHA case that the court might need to issue a brief administrative hold halting the rule, which the administration will otherwise begin implementing next week.

It was not clear how many other justices were on board with that idea, as US Solicitor General Elizabeth Prelogar stressed that the only element of the OSHA rule going into force was its masking requirement for unvaccinated workers. The more burdensome testing requirement for those workers won’t be implemented until February, Prelogar said.