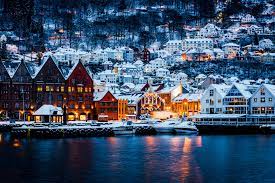 A Christmas party in Norway provides a cautionary tale about the spread of omicron and the risks of infection faced by twice-vaccinated people.

Of 111 attendees who participated in a survey, about 80 came down with Covid infections, according to the Norwegian Institute of Public Health. At the time 17 were specifically confirmed as having caught the omicron strain, and the institute said it’s safe to assume most people who were at the restaurant who got Covid were infected with the highly mutated variant. As many as 60% of those infected have since been confirmed with omicron.

The incident reveals a disturbing sign: Most of the participants had received a second vaccine dose sometime between May and November, and they were fairly young, most between 30 and 50. And more than 60 other people who visited the restaurant on the same evening, in late November, also got infected.

The Norwegian health institute said it’s well-known that indoor events such as parties heighten the risk of contagion, especially when people sing or speak at loud volumes.

Still, the symptoms were relatively benign. More than 70% of the cases had cough, lethargy, a headache and sore throat, and more than half had fever. No hospital admissions were reported.

The lightness of those infections may paradoxically explain why omicron might pose a risk: A strain that’s less severe in most people may be underestimated by the majority of the population. Yet it may be deadly for a small minority, especially if it spreads so fast. Tedros Adhanom Ghebreyesus, the head of the World Health Organization, has said he’s concerned that many people are dismissing the new strain as mild.

As researchers study every clue about how transmissible and severe the omicron variant is, this Christmas party in Oslo gives a clear signal it may spread faster and be more resistant to vaccines than many people assume. If that’s true, countries may need to step up their booster campaigns, as evidence has been building that third shots can help prevent transmission.