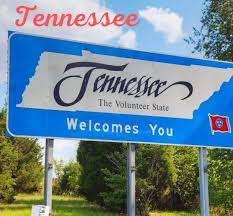 Tennessee appears to be the latest state moving forward with two bills to allow people to purchase ivermectin as an alternative treatment for COVID-19. One bill, SB 2746, is being proposed by Republican State Representative Susan Lynn, and another, Tennessee bill SB 2188 went into the state general assembly after the Senate Health Committee voted 8-1 to move the legislation forward to the Calendar Committee. This bill is sponsored by Republican Senator Frank Niceley of Strawberry Plains. Lynn’s bill was placed on the Health Committee’s calendar for March 30th.

An Effort to “Standardize” the Medication

“People are going to the [farm] co-op and buying this stuff, and it’s curing them,” Sen. Niceley, said in committee. “But they’re guessing at the dose. If it wasn’t as safe as it is, we’d be killing people, but it’s very safe.”  Rep. Lynn’s legislation would allow people to buy ivermectin over the counter at pharmacies without a prescription and without specifying the dosage. “You can take it early in your illness, and you can recover and not take hospitalization,” Lynn said. “But that way if you’re a person with COVID, you can go to the pharmacy, and the pharmacist will look at the drugs that you’re taking now, see if there’s any drug interactions, and let you purchase a list or pack of ivermectin.”

The state senate legislation allows doctors to write a prescription for the “controversial” medication and includes permission for pharmacists to fill it. The bill also provides legal protections for both pharmacists and doctors.

However, hospitals are exempted from the bill, which likens the legislation to other states that have allowed doctors to prescribe “off label” drugs but not directly addressed the employer-employee relationship. In some instances, doctors employed by health care providers, have been fired for prescribing ivermectin.  The bill is now being checked for “language” by the governor’s office.