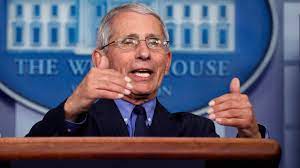 “The proximal origin of SARS-CoV-2” is one of the most influential scientific articles in history.

In February 2020 — about a month before a pandemic had been declared — five top virologists huddled to examine aspects of a rapidly emerging coronavirus that seemed primed to infect human cells. In particular, a unique feature called the furin cleavage site caused concern, and even kept one virologist up all night. A few days later, the virologists concluded the virus had not been engineered. In March, their conclusions were published in Nature Medicine.

“We do not believe that any type of laboratory-based scenario is plausible,” the article read.

The article assured much of the media, Washington and the broader infectious disease community that there was no need to scrutinize the labs at the pandemic’s epicenter in Wuhan, China. The Wuhan Institute of Virology is well known for research on SARS-like coronaviruses, including gain-of-function research. Though a “correspondence” and not a formal paper, the article has been cited in the press 2,127 times.