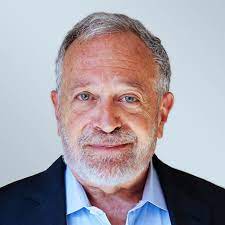 By Robert Reich, a former US secretary of labor, is professor of public policy at the University of California at Berkeley and the author of Saving Capitalism: For the Many, Not the Few and The Common Good. His new book, The System: Who Rigged It, How We Fix It, is out now. He is a Guardian US columnist. His newsletter is at robertreich.substack.com

Among my neighbors in the bluest region of the bluest county of the bluest state in America, many don’t trust big pharma or the government – or simply choose to put themselves first

Is there a relationship between Covid and politics? Sure seems so.

By the end of October, 25 out of every 100,000 residents of counties Donald Trump won by wide margins had died from Covid. That was more than three times higher than the Covid death rate in heavily Biden counties, of 7.8 per 100,000.

There are some obvious reasons why Trump voters have been hesitant to get vaccinated. Trump politicized the issue – making the jab a hallmark of his peculiar form of rightwing populism. He and Fox News spread false rumors and conspiracy theories about the vaccine. By the time Trump finally called on people to get vaccinated, the damage was already done.

In other words, it’s the same trifecta of rightwing media, inadequate education and rejection of science that gave us Trump in the first place.

But this isn’t the whole story, because the US as a whole trails every other advanced country in the rate of vaccinations. Why?

In recent weeks I’ve discovered that several anti-vaxxers live around me – in the bluest region of the bluest county of the bluest state in America. I’ve known several for years. They are well-informed and well-educated. But they’re as opposed to getting a shot as any Trump anti-vaxxer.

Some are ex-hippies, now in their late 60s and early 70s, who regard their bodies as “sacred” and don’t want anything or anyone to “invade” it.

One, who grows her own food and lives by herself in a cabin not far from here, told me she didn’t want anything going into her body that she didn’t control. When I asked whether she had been vaccinated against smallpox, measles, diphtheria, tetanus and whooping cough, she told me she assumed so but had been too small to have had knowledge or control.

Others – also in their late 60s and early 70s – don’t trust big pharma. They see Pfizer, Moderna and Johnson & Johnson as greedy global corporations in search of people to exploit and tax havens to park their exorbitant profits.

“Why in hell would I trust a fucking thing Pfizer says or does?” one of them asked me.

None of these people trusts the government. Their generation (which is also mine) came to political consciousness during the Vietnam war – a time when the American flag became an emblem of fascism, particularly in lefty coastal enclaves. They now believe the government has been so corrupted by big money that they don’t trust agencies charged with protecting the public.

I’m sympathetic to their distrust of both big pharma and big government. But this doesn’t mean the science is wrong.

One of them referred me to a 2017 study published in the Journal of the American Medical Association which found that about a third of the drugs approved by the US Food and Drug Administration between 2001 and 2010 had safety problems after reaching the market.

I checked and he’s correct. But he left out a critical fact: as soon as the FDA discovered the problems it forced manufacturers to pull the drugs or issue warnings.

Deep down, I think these blue anti-vaxxers are motivated by something different from mere distrust. When I pointed out that they could well be endangering others (including me), they remained unmoved.

When I suggested that their concerns, however valid, had to be weighed against the public’s overall interest in conquering this epidemic, they said they didn’t care.

My conclusion: They’re infected not by Covid but by a narcissism that refuses even to consider the risks and costs they’re imposing on others

I can’t say for sure that Trump anti-vaxxers share this narcissism, although the leader of their cult surely does. And, of course, my sample size was so small I can’t even generalize to all blue anti-vaxxers.

If we blame Trump and the culture that produced him for the relatively low rate of vaccinations in the US, we’re missing a character trait that may offer a fuller explanation.

This trait is found among Democrats and independents in blue America as well as Republicans in Trumpland. In fact, I think it’s been near the core of the American personality since before the founding of the nation – a stubborn, selfish, me-first individualism.